A group of professional comics creators will be on site to try just that. Each of them trying to make a complete 24 page comic in 24 hours.

The Comic Hosts will be there to make their comics and encourage you to make yours. This is both a sprint and a marathon.

It takes place over 2 calendar days Oct 1st and Oct 2nd at THE GOOD WILL SOCIAL CLUB. All skill levels are welcome to come and make comics during the event. Tickets for the event include food and drinks over both days. You can attend all or part of the event.

24 HOUR COMICS day was originally created by Scott McCloud and Steve Bissette in 1990.

NOTE: Kids under 18 are welcome if accompanied by an adult up until 8pm on Sat.

NOTE: Tables, work areas, plugs (for laptops or computers or tablets), paper, pens and markers and pencil crayons and scissors and glue and collage materials will be provided. But you’ll have to play nice with others.

Interested in attending our 24 hour comics event? Buy tickets here! Tickets will also be available at the door.

GMB Chomichuk  is an award-winning writer and illustrator whose work has appeared in comics, graphic novels, books, role-playing games, film, television and theatre.  He is the host of Super Pulp Science, a podcast about how genre gets made. His work in words and pictures ranges from the heartwarming to the bloodcurdling. Other books by GMB Chomichuk include Apocrypha: The Legend of Babymetal from Z2, Will I See? , THIS PLACEfrom Portage and Main Press. The Backbone of Nightfrom Great Plains, Dragon Nanny from Chasing Artwork, Dead Work from The Dead Work Collective, and Moon Patrol from Stranger Fiction, andThe Eye Collector from HEAVY METAL.

Justin Currie (Chasing Artwork) is an internationally recognized artist who has worked with Blizzard, Warhammer, Nickelodeon, Disney, Marvel, Netflix, and is a regular guest of comic conventions across Canada and the United States. His first creator-owned project, Cassie and Tonk, won the Manitoba Book Award for graphic novels. His newest book The Dragon Nanny was a crowdfunding success on Kickstarter. His newest graphic novel Spark Chasers will be out soon, and he might even be working on it AT THIS EVENT.

Steven Kaul is an illustrator hailing from Winnipeg, MB, Canada. It was there that he grew up, where he learned to draw and where he learned the meaning of a good, warm jacket. Steven co-created and illustrated Infinite Universe with Lyndon Radchenka. He has many illustrated short stories under his belt. As well, some awesome upcoming works, including Dirk Dirkson And The Demons From Mars (with Jonathan Ball), The Laundrymen, and There Was Another Life (both with Lyndon Radchenka).

Advocate of writing the wrong way.

Writer of Heavy Metal’s The Eye Collector with GMB Chomichuk.

Lyndon Radchenka is a writer, award-winning letterer, and (sometimes, but not-right-now) lawyer from Winnipeg, Manitoba, Canada. You may have read his words, seen his letters, or watched him act. He’s written Infinite Universe(with Steven Kaul,) and What Will Not Last (Kaul, Smith, Schuster, Chomichuk.) As a comics letterer, Lyndon has put his name to too many projects to list, but you may have seen his work in The Eye Collector, alongside Jonathan Ball and G.M.B. Chomichuk. In 2020 he won the Sequential Magazine Award for “Favourite Letterer.”

Beiko is the artist and writer for the creator-owned webcomic, Krampus is My Boyfriend!, which won the 2020 Aurora Award for Best Graphic Novel, and was nominated for the 2020 Joe Shuster Award for Best Webcomic. It can be read for free on the Webtoon App.  She is the co-editor of Gothic Tales of Haunted Love (Bedside Press, 2018), and the solo editor of its follow-up, Gothic Tales of Haunted Futures (Renegade Arts Entertainment, 2020.) Her next novel, The Stars of Mount Quixx, releases in April 2023, and is part of a 5-book series called The Brindlewatch Quintet. 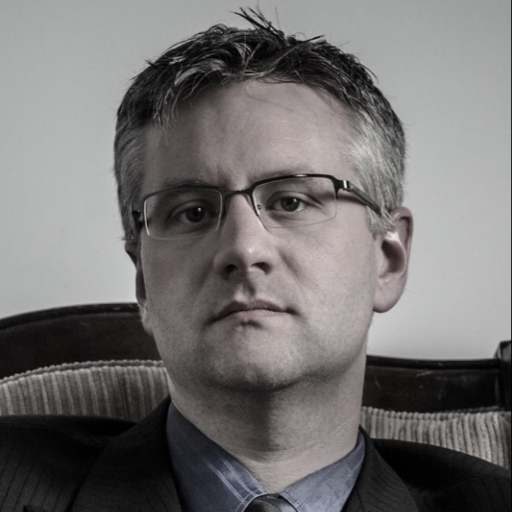